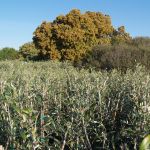 Ten years after settling in Les Baux, with 10 years' experience under our belts and a clearer vision of the olive-oil market, we decided to plant our first trees. This met a simple, recurring need: to offset shortfalls in olive production, which we had hoped to control through pruning and irrigation.

Our old varieties are too fickle. And because our friends at the Jean-Martin firm had the same problem as us - i.e. sourcing French table olives, in their case as an ingredient in cooked dishes - we decided to team up.

Thus was born the grove of Les Aulnes (named after its pond) in Saint Martin de Crau. 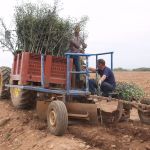 This project was a huge challenge. The soil was an unknown quantity; the land, uncultivated. If you have never seen the Plateau de la Crau, you cannot imagine: very stony arid red soil in a desolate landscape where the rich flora and fauna fight a constant battle against the elements - the Mistral, the summer drought, and the teeth of flocks of sheep. Three inches below the surface of the soil is another difficulty: a veritable slab of natural cement. 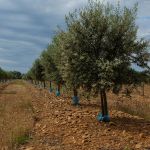 On this plateau, few tree species survive. But one is the olive tree - the whole property is dotted with wild specimens.

When we embarked on this adventure, we were definitely oblivious to the risks. Our neighbours are few and far between, but have given us good advice, especially about which equipment to use. 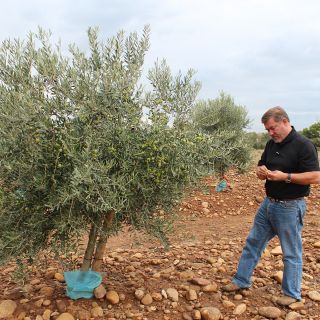 The plateau is well known for taking its toll on the tools.

We planted in several phases, ending up with 65 hectares (160 acres) of the typical local varieties, but also a few outsiders on a plot called Le Jardin.

Our first "proper" harvest was in 2013. We produced some attractive olives (Salonenque, Béruguette, black Grossane) for the table, and extracted a very powerful oil. 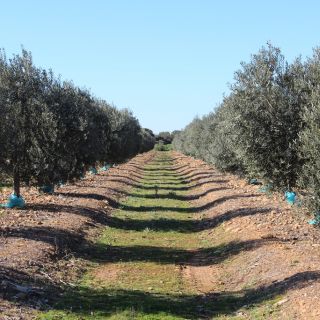